The 1920s
Table of Contents

The 'H' class of submarines was originally designed in 1915, and were to be built in the US with some of the boats assembled in Canada. Two such craft were enroute to England when WWI ended, and were subsequently re-routed to Bermuda. In Jan 1919, they were presented to the Canadian Government and were subsequently commissioned into the RCN in Jun 1919. 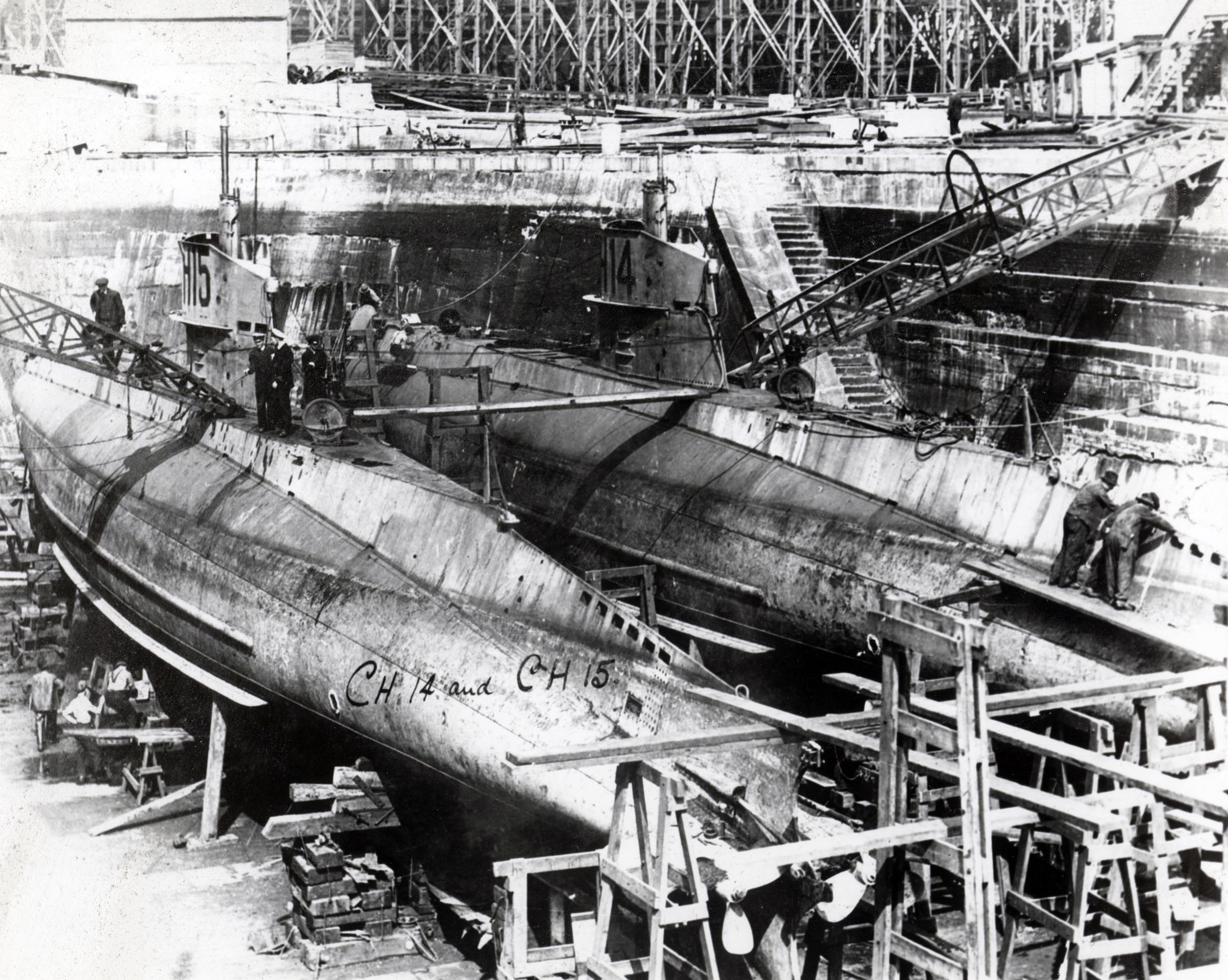