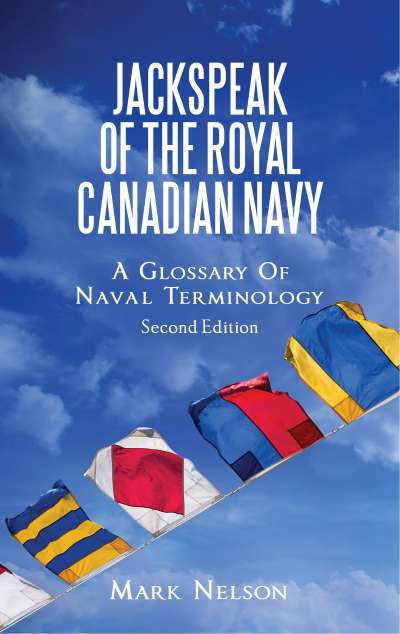 Pull up a bollard and get to know the colourful language of the Royal Canadian Navy.

Do you ever get channel fever so bad only a great homeward bounders will cure you? Have you ever met Tug Wilson the brass pounder, Dusty Miller the blanket stacker, or Nobby Clark the stoker?

From aback to ZizEX, the second edition of Jackspeak of the Royal Canadian Navy gives readers a chance to fill their boots with the colourful language of Canada's senior service. Learn the difference between duff and no duff, box kickers and gut robbers, Nelson's blood and Neptune's dandruff, and the mess mom and the old man. Newly revised and expanded, with over 2,500 terms included!